Fredrik Westerlund and Top of Arjeplog: Climbing mountains for a good cause

A three-year-old son with life-threatening cancer
and a year of stressful therapy.
Fredrik Westerlund tells us about this in his book
“Walking over Mountains”.
“Magnificent things happen every day, even when
life is hard, and I want to make
goodness visible,” he says. 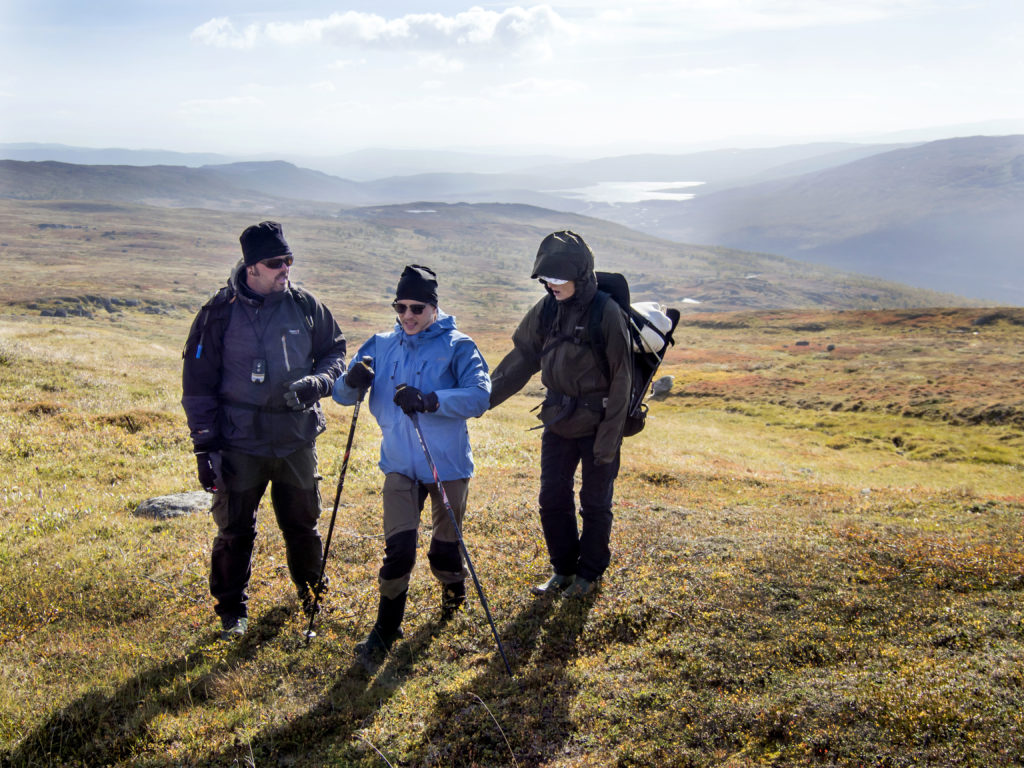 Fredrik Westerlund and Guido van den Berg, and the mother of Fredrik Ingrid Westerlund, on their way to Avvuhatjåhkkå near Mierkenes (above the Arctic Circle) 1 054 m ö.h. Photo Nenne Åman

Sebastian received his cancer diagnosis just before he turned three. In the year that followed, Fredrik, together with Sebastian’s mother Caroline and his sister Charlie, spent many days, nights and weeks in the hospital.
“Cancer can take so many different forms. In Sebastian’s case it was aggressive, and the treatment was intensive but relatively short. It involved chemotherapy, operation, radio-therapy and medicines. Life in hospital is like nothing else.
Here Fredrik understood how important the work of the Child Cancer Foundation is.
“I associated them with research, and that is important of course. But they do so much more, and it means so much. They give information, bring you coffee, give support to siblings, arrange activities, offer accommodation outside the hospital and manage support groups.”

During this time Fredrik also realized how good and important our Swedish social insurance system is.
“You don’t get rich from it, of course, but we have a system that makes it possible for both parents to be together with a seriously ill child, with no time limits. We could leave our jobs and other things to one side and devote ourselves to our only duty then, to be the best possible support and the best possible parents that Sebastian and Charlie can have.”
There was, of course, a life outside the hospital too. And a friend, Guido van den Berg, who wanted to share his experiences of nature with Fredrik. He urged Fredrik, who has limited balance and mobility because of cerebral palsy, to join him hiking in the mountains.

“He thought that our friendship would be poorer if we let my disability prevent me from sharing experiences, so we decided to take part in the Top of Arjeplog. We also had the idea of asking our friends if they were willing to pay a hundred kronor to the Child Cancer Foundation for each summit we managed. I hoped that it would bring in, at best, ten or twenty thousand. Guido was a bit more optimistic and believed in maybe forty or fifty thousand kronor.”

Fredrik and Guido managed four summits together. Their climbs were cheered and supported by people and companies from near and far.
“People want to help. When they saw the effort we made, they wanted to help even more. Ironically, Renberget, the first and shortest climb, was the toughest for me. With my spasticity I consume two or three times more energy than normal. We had too little food and drink with us. I was also really unfit. The time in the hospital made me worried, sad and inactive, with far too much coffee, sweets and fizzy drinks.”

The mountain walks were hard, but they also functioned as a kind of therapy for Fredrik.
“Standing there at the top and looking out over a seemingly infinite world gives you peace, it’s very therapeutic. I think that everybody who has walked in mountains finds it mentally curative.”

When Sebastian’s treatment was over and life started to become more normal, the idea of writing a book came up. For a year now, alongside his job and his parenting, Fredrik has put his story together.
“Sebastian is of course the centre of the story, but the book is not about him. It tells us that life is sometimes difficult, it’s a book about helping and doing good. It’s a sad story, of course, but I have tried to find a balance so that you don’t feel bad from reading it.”

On 21 November, almost exactly three years after Fredrik Westerlund and Guido van den Berg handed over a cheque for half a million kronor to the Child Cancer Foundation, the book “Walking over Mountains” was released. 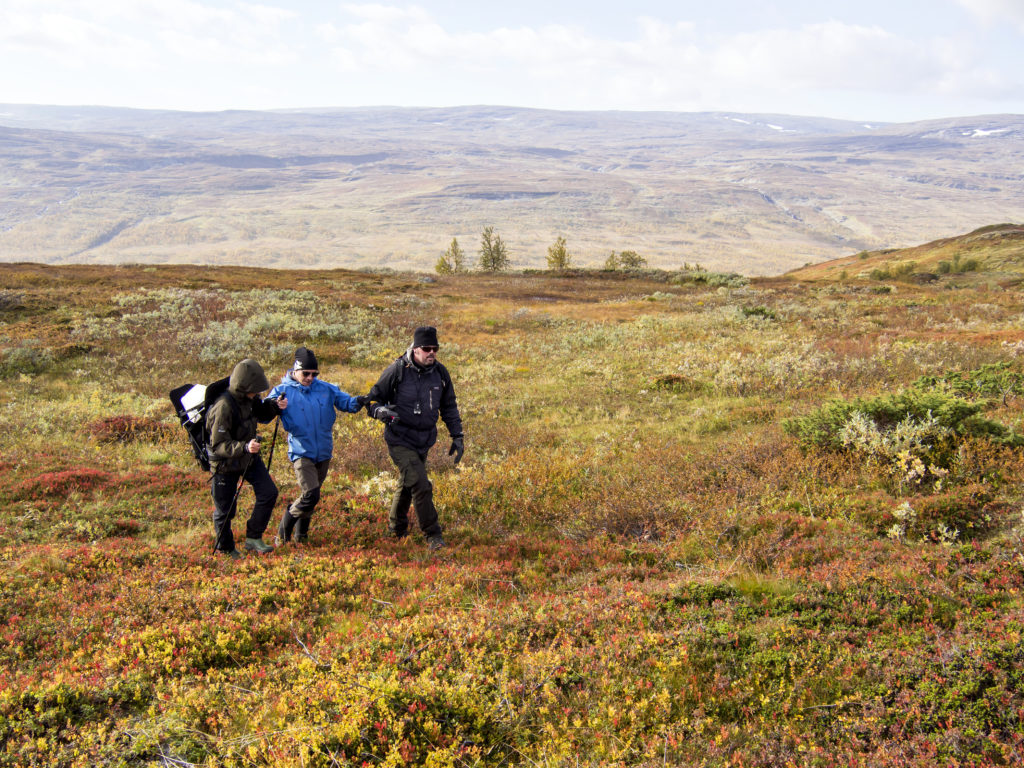 ”With my spasticity I consume two or three times more energy than normal.” Photo Nenne Åman.